“Sunflower Wildcats” Inspired by Henri Matisse - Fauvism
Depicting Sunflowers in an Antique Crock/Urn placed on a Table up against Silk Damask Wallpaper.
How to Create Painterly Effects with Stencils Over Decoupage Including the Use of Mediums for Raised Stencils & Fine Stone
See Video & Info Below

Henri Matisse said, "Creativity Takes Courage!" This four-hour workshop is being taught to bring out your courageous wildcat in creating a painting inspired by Henri Matisse and the Fauves!  We will celebrate and create with bold colors and patterns, expressive form and almost primitive shapes to bring about the “Sunflower Wildcats,” a painting you create to make you smile and sink into at the end of the day.

Henri Matisse (1869 to 1954) was born in France and in 1889 began painting. Later, he said he discovered “a type of heaven.” Matisse was given a Van Gogh drawing and changed his palette to brilliant colors.

Matisse was part of the Fauve Movement which ran from 1904 to 1908 and after. Fauve in French means wild beasts or wildcat.  Fauvism is a style of painting with vivid expressionistic and non-naturalistic use of color. Color was used to evoke emotion, create form and volume.

We Are A Creative Community of Courageous Wildcats.

Critic's Review is true. The rest of the Story was imagined and the inspiration of our painting!)

Imagine we are in Paris, France in 1905 with Henri Matisse, André Derain, Georges Braque and Maurice de Vlaminck and we’re discussing art topics of the day like Composition, Color, Pattern Play, Light, Shape and Shadow.  Matisse picks up the Le Parisien newspaper and reads aloud the scathing criticism from an art critic who declared the group’s paintings as “a jar of paint being thrown in the face of the people!” Matisse shouts out to us, the critic says the people are “…chez les fauves!” (“…among the Wild Beasts/ Wildcats!”) With that, we stand, for this is no insult to us; instead, we raise our glasses and cheer, “Vive la Fauve! (“Long Live the Wildcats!”)
Matisse throws down the newspaper, grabs his brushes and canvas and surveys the room.  He spots a crusty crock of fresh sunflowers with blue damask silk wallpaper as its backdrop.  He moves his easel almost within reach and paints with bold colors and expressive shapes knowing the sunflowers represent longevity. He evokes his emotions into the close up movement of the sunflowers. Four hours later with only a few petals scattered on the tabletop, he shouts, “Viola, Viola le Tournesol Fauve!” (“There it is! There it is! The Sunflower Wildcats!”)

ARE YOU READY TO JOIN A COMMUNITY OF COURAGEOUS WILDCATS?

What You Will Learn
(Any technique learned can be applied to other substrates including Furniture Art.)

Materials You Will Be Using
(comes with the class purchase) UNLESS otherwise stated.

The Use of Artisan Enhancements – Fine Stone for Textured Crock/Urn

A mould of the Greek Goddess (shown bottom left on image below) will be prepared in advance for your antique crock in the painting.  The silicone mould itself is from Redesign by Prima called Ancient Findings and IS NOT INCLUDED in the class price.

One 19x30 decoupage sheet from Redesign by Prima called Cobalt Flourish and will be our silk damask wallpaper. 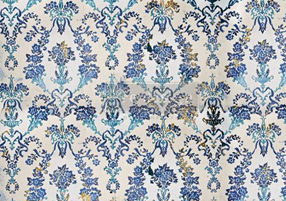 The use of JRV Stencil set, “Walking on Sunshine,” (Designed by Vintage Retail Therapy by Mara in partnership with Jami Ray Vintage). This stencil set is NOT INCLUDED in the class price. 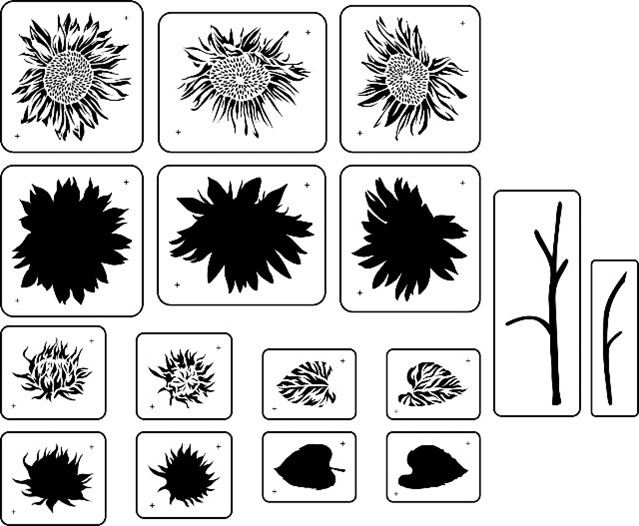 “Blank Crock Stencil” by JRV Stencils (8x10.4, .15 mil thick) This stencil IS INCLUDED in the purchase of the class; you get to take this stencil home with you after the workshop.

We’re here to serve our community and hope you can join us.

We’re bringing you value in this four-hour, jam-packed workshop with the use of all the products and the techniques you will learn.

After the workshop, you will receive an email with tips on all techniques learned in class.

Should you need any products, a 10% discount is available to participants on the day of the workshop sold by Morning Dewdrops by Terri Stephens or Van Gossen Distributors, LLC (The Shop Creative Studio).

In Fauvism, the leaving behind of details gives way to three-dimensional shapes and form through the expressive use of color.  Fauve characteristics include strong brush strokes, spontaneity of movement and a type of intuitive primitiveness.  Matisse wanted people to be happy when they viewed his paintings, to be relaxed, comforted, to sink into at the end of the day.

He enjoyed a simplified form, decorative in color saturation with no heavy blending.  Matisse said, “What I am after, above all, is expression in the whole arrangement of my picture.”
The "Sunflower Wildcats" Workshop is limited to seven (7) participants, so enroll early.  Please include your email address, so we have a list of workshop participants. You will receive a confirmation email upon completion of purchase.  A second email will be sent to you within 24 hours with additional information about the workshop.

Please contact us at terri@morningdewdrops.com at if you have any questions or would like to be put on a waiting list should the workshop reach participant capacity.
________________________

To complete our painting in a timely manner, we will have the canvas ready to start with our stencils and paints, etc.; however, we will provide a sample board for you to decoupage with an iron with the remaining (19x10) decoupage paper and to practice other techniques.

The workshop may run a little over the time shown. Refunds are not available, but your purchase can go toward another class should you not be able to attend.

Inspired Paintings by Henri Matisse for the "Sunflower Wildcats Workshop 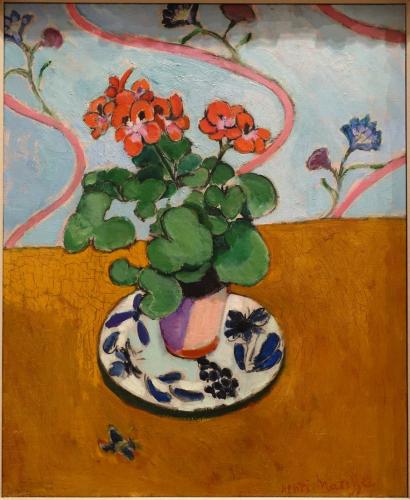 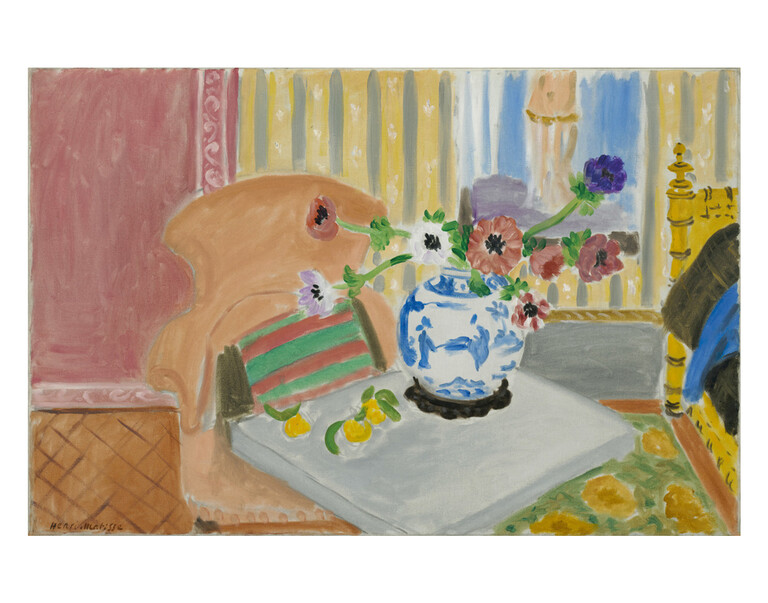 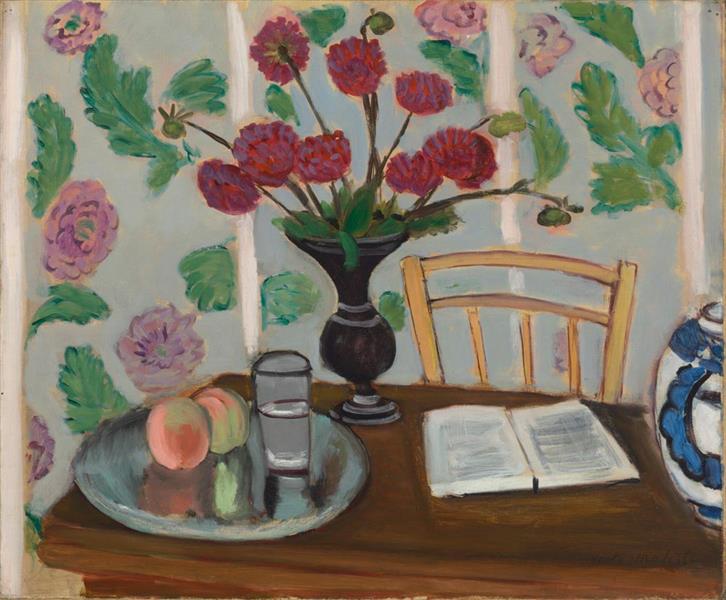 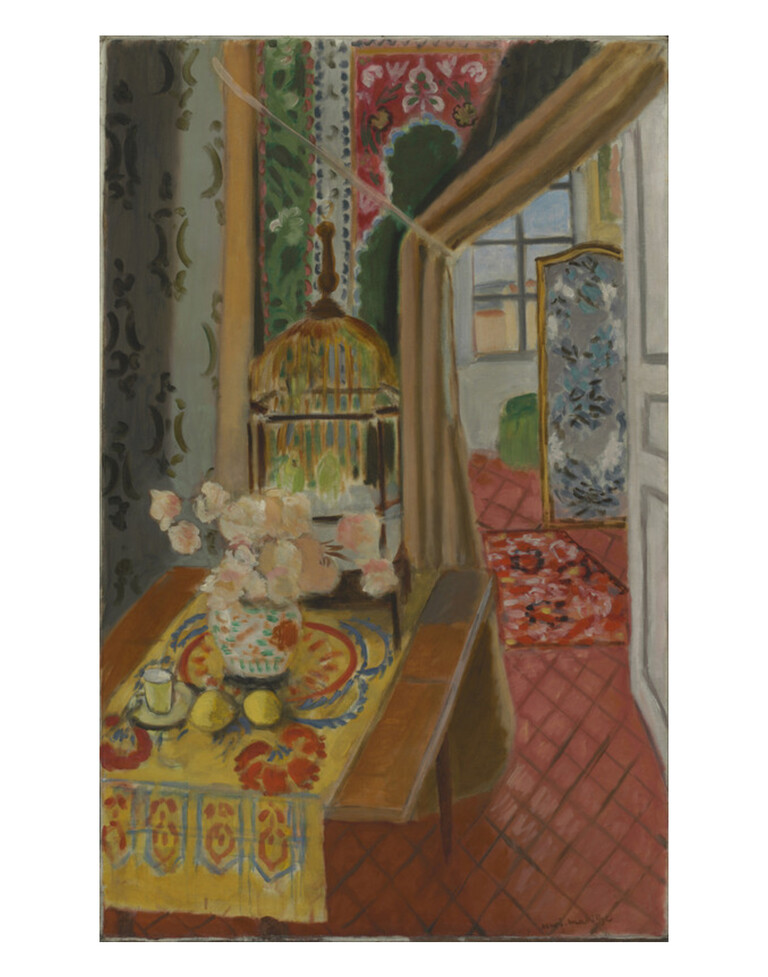 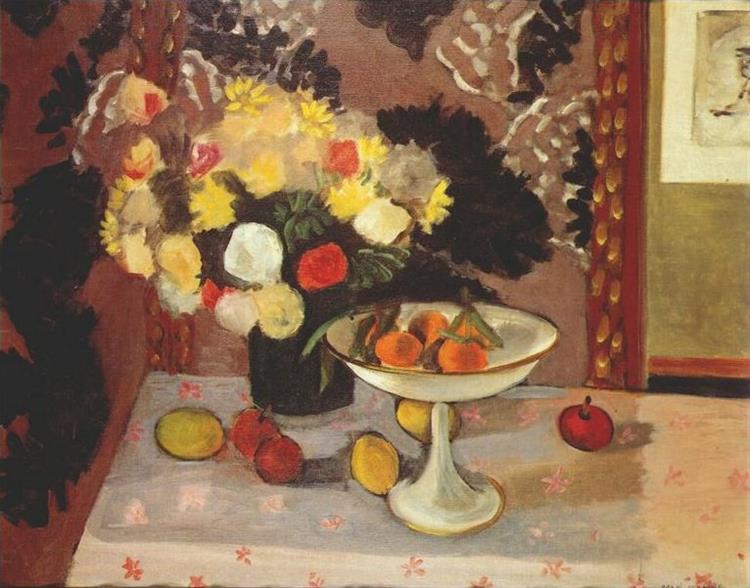 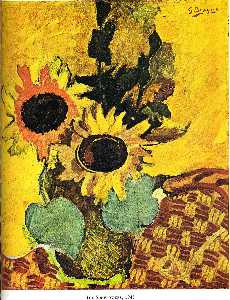 Below is a link to an article for your enjoyment to learn more about Henri Matisse. The article depicts Matisse throughout his lifetime, includes videos for you to watch and was used as one of our references to Henri Matisse and Fauvism.
Henri Matisse – An Exploration of the Life and Art of Henry Matisse, March 15, 2022
https://artincontext.org/henri-matisse/

If you need further information or have any questions, please contact Terri Stephens at terri@morningdewdrops.com.

Please signup for notifications & our newsletter, so you won't miss out on classes, workshops and other announcements.

Please note, comments must be approved before they are published